← back to
Beyond Beyond is Beyond Records 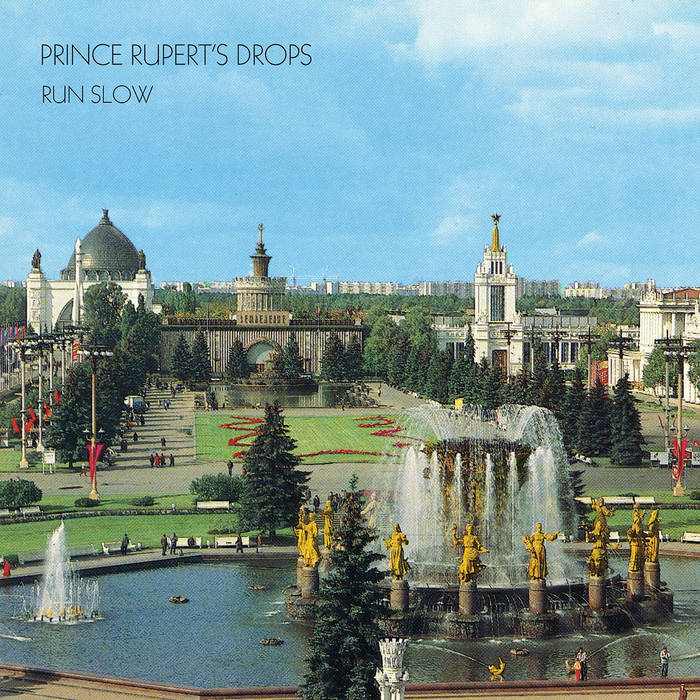 ravenval In-the-pocket grooves, dazzling contrasts of acoustic and electric sound, dreamy vocals, and a generous (and always welcomed by me) dose of sitar. Favorite track: Pillar To Post.

"It's a well-steeped cup of mushroom tea, brimming with ragged guitars, drone outs and enough melody to keep the straight interested. You can stream the whole thing below." - Brooklyn Vegan

"...the songs of Prince Rupert’s Drops hang together so exquisitely, forming an album that boasts an enormously ear-pleasing equilibrium, equal parts psychedelic strength and folky fragility, balladry merging with badass-ery. Songs long and short, with vocals male and female, merge together in a way that manages to paint a sonic scene of effortless symmetry" - Revolt of the Apes

At the inspired urging of original bassist Brad Truax (Home, Dan Melchior's Broke Revue, Interpol, to name a few) the somewhat secretive Prince Rupert’s Drops were formed in the Brooklyn of 2005, comprised of acclaimed comics-artist Leslie Stein (guitar, vox), fellow former Broke Revue-er Bruno Meyrick-Jones (guitar, vox), and former Osprey Steve McGuirl (drums, percussion). The band soon drew comparisons to the likes of The Groundhogs & Captain Beefheart- a sound that quickly developed and broadened to accommodate the emerging song-writing styles of each member. Following Brad's departure in 2008 to focus on high-end tour-managing, the band were joined by longtime friend and multi-talented bass-player Chad Laird (Land of Tomorrow, Jantar), thus adding another powerful cylinder to the songwriting engine. Their increasingly versatile and engaging approach has won them occupying support slots for acts broad in scope as psychedelic noiseniks Black Dice to country rockers Oakley Hall (to whom Steve has lent his talents on occasion). In 2012 PRD has been joined on stage and in the studio by another longtime-friend and former guest-musician, synthesizer-sorceress Kirsten Nordine (Jantar), turning the musical feast into a rich sonic banquet set to wow the ears of one and all.

This is PRD's debut album.


A4, B2 & B4 recorded by Steve Silverstein
A1, B1 & B3 recorded Jason Meagher at Black Dirt Studios
A2 recorded by Barry London at The Ocropolis
A3 recorded by Andrew Deutsch at free103point9

mastered by Jen Munson at Taloowa

All songs by Prince Rupert's Drops. All Rights Reserved.

Bandcamp Daily  your guide to the world of Bandcamp

Featuring appearances from Kari Faux, Bluestaeb and and interview with NY-bred artist Wiki